A cult film, it is said, is a film that has a passionate following, but achieving a ‘cult’ following means that it does not appeal to everyone – and if there’s one film that fits this description perfectly, it’s Frank Oz’s Little Shop of Horrors, a film that combines elements of romance and comedy with science fiction and sometimes even horror to become a genre mash-up that’s had audiences captivated for 30 years. In 1932, British writer John Collier wrote a short story Green Thoughts, about a man-eating plant, on which the film is based. This story spawned decades of adaption – from Roger Corman’s 1960 low-budget horror movie (bizarrely, featuring a young Jack Nicholson) to popular Broadway and West End stage productions – but the most memorable of these adaptations is Oz’s 1986 musical. At its core, the story is about a young man’s quest to win the heart of the woman he loves, but the surrounding story of man-eating alien plants and murder provides the audience with an intriguingly fresh production, that not only delights musically, but also manages to weave dark humour with a sweet love story. The man-eating plant, voiced by Levi Stubbs of the Four Tops, provides a suave, sharp-tongued, razor-toothed antagonist who is entertaining throughout – from the easy way he persuades Seymour into doing his bidding, to the smooth, rich singing voice Stubbs is famed for – the foul-mouthed, jive-talking interstellar flytrap is one of the most entertaining parts of the film. However, the fan favourite moment of Oz’s cult classic is a cameo from Bill Murray, who plays a gleeful dentist’s patient with an oral fetish, made great by Murray’s impeccable comedic timing.

Little Shop of Horrors opens on the streets of Skid Row, in New York. Three teenage girls (Michelle Weeks, Tisha Campbell-Martin, and Tichina Arnold) appearing as a Motown-singing Greek chorus throughout the film set the scene at the unassuming Mushnik’s Flower Shop, singing the title song. In the shop we’re introduced to meek and clumsy nerd, Seymour (played by go-to geek actor of the time Rick Moranis – remember when he was in films?) an orphan, taken in by Mr. Mushnik (Vincent Gardenia) he lives in the basement of the Flower Shop, and is treated somewhat badly by his boss-come-father. Why would he stay? For love, of course. Ditzy co-worker Audrey (Ellen Greene, who reprises the role she popularised on stage) is unaware of Seymour’s feelings, as she is occupied with boyfriend Orin Scrivello (Steve Martin) – a wickedly sadistic dentist, with an Elvis fixation – who is not only controlling, but abusive, his presence pushing the audience firmly to side with loveable Seymour as potential suitor for Audrey.

It’s at this point in the story, that the scales seem to tip in perpetually unlucky Seymour’s favour – while shopping for plants at a local market, a solar eclipse brings an unusual plant to his attention. Buying it, and returning to the shop, the pseudo Venus Flytrap begins to garner attention from passers-by – thrilled, Mushnik presents the plant, Audrey II (as named by Seymour) in the shop and profits begin to rise. Having no idea what the plant is, and therefore no idea how to care for it, Audrey II begins to wither. Seymour tries everything to nurse it back to health, water, sunlight, fertilizer, and minerals but nothing works – until he pricks his finger on a rose thorn, and Audrey II responds vigorously. Realising now what Audrey II eats, Seymour reluctantly gives it a few drops. But it’s not enough and Audrey II wants more. Meanwhile, Audrey, who has become increasingly more afraid of Orin, dreams of a quiet, suburban, future with Seymour, but is too afraid to leave the dentist who now frequently leaves her with injuries such as black eyes and broken arms.

Seymour, angry at Audrey’s treatment at the hands of her ‘boyfriend’, paces the shop, venting his frustrations to Audrey II, who through its feeding has more than tripled in size, seeming gargantuan now in the small Flower Shop. This time, Audrey II responds with a human voice (Levi Stubbs), demanding to be fed. Weak and anaemic from feeding his blood to the plant, Seymour knows that a few droplets won’t cut it anymore – Audrey II is too large, and therefore the portions must be larger – and though the promises come rolling in: money, fame and the girl of his dreams, Seymour refuses to kill to provide the plant with food. He reasons that he doesn’t know anyone who deserves to be chopped up and fed to a plant, but when his attention’s drawn to Orin beating Audrey outside, he knows that it’s no longer the case. Leaving the next day for Orin’s office, with the intention of shooting him for both of the Audreys in his life, Seymour realises that he is too scared. Conveniently, however, Orin dons a masks that pumps in laughing gas, to increase his sadistic pleasure and it malfunctions, leaving Seymour stood watching as his nemesis asphyxiates before him. Returning to the shop, he chops Orin’s body up, in order to feed him to Audrey II, beginning a seemingly unending cycle of murder as Seymour, now slave to Audrey II who grows (literally) more dangerous by the day cannot cope with his actions or the thought of his secret getting out.

Like many B-movie cult classic, the film had different endings – the directors cut, true to the stage show, desired by director Frank Oz and writer Howard Ashman, that didn’t play so well with the US’s test audiences; and the Hollywood happy ending, where everything works out for the best. If you haven’t seen Little Shop of Horrors and want to watch both cuts of the film, start with the theatrical release, then the director’s cut, as both offer a different viewing experience. 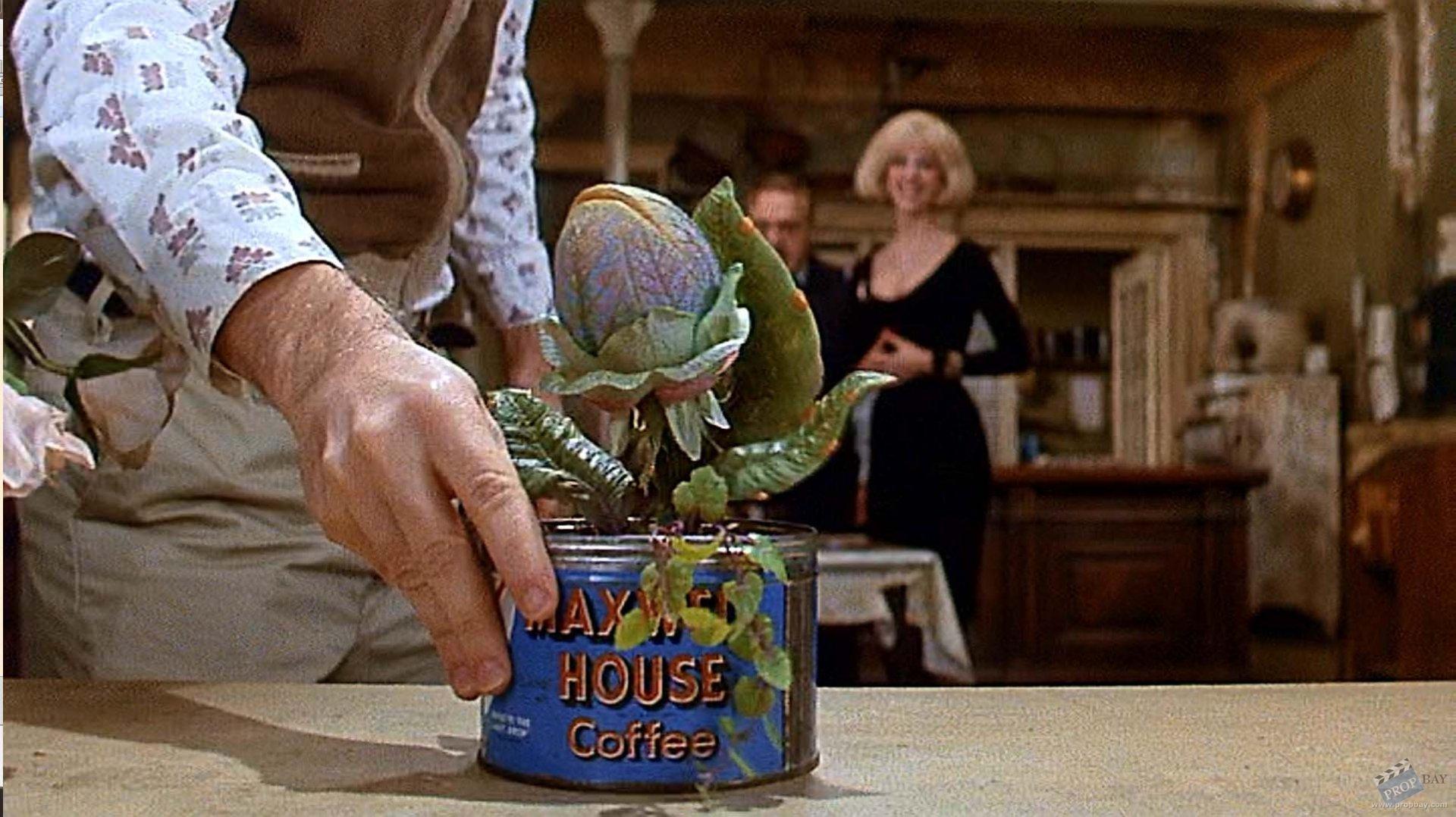 As expected, a film that’s directed by the man responsible for the voices of Master Yoda and so many of the classic Muppet characters, Oz’s adaptation resembles something akin to a drug-induced hallucination, but like a drug, the bright colour palette, catchy music and larger-than-life characters, keep you coming back for more. Sampled by many of popular culture most notable writers – namely musical-fan Seth MacFarlane, who reference the production in both Family Guy and American Dad time and time again – Oz’s adaptation, unlike Corman’s before it, has certainly stood the test of time and has proved itself to be the definitive retelling of John Collier’s original story.

It’s no surprise that Little Shop of Horrors has as passionate a following today than ever, as even through three decades of new releases, if you love it, it’s a story that you’ll love forever.

A 3+ Hour “JJ Cut” of Rise of Skywalker is Coming

Deadpool Channels ‘Flashdance’ in New Poster What a feeling!