November 2011 saw the arrival of The Elder Scrolls V – Skyrim and we haven’t stopped playing it since. With DLC, mods and even a VR version there’s been loads to keep us playing, but one Reddit user has gone a step beyond.

955StarPooper has created the most beautiful version of Skyrim we have seen in a while, using over 300 mods. From lighting and weather to bottle and ducks, everything has had an overhaul. The ENB mod, Skyrim Script Extender and, not surprising, Mod Organiser 2 were enlisted to help herd all of the mods together.

We think this is an amazing feat of modding and it’s really making us want to jump back in. Thankfully, 955StarPooper has also provided a spreadsheet of all the mods they used to help others recreate this masterpiece. 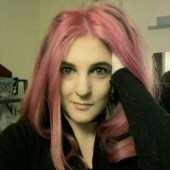 All For One Announced For ‘My Hero One’s Justice’ All For One, the greatest villain, announced for My Hero One's Justice

Be The Bad Guy! Dark Roguelike RPG ‘Iratus: Lord Of The Dead’ Out Now On Steam Early Access